This Educational Program, Presented by The Latin Recording Academy® Will Take Place at Celia Cruz Bronx High School of Music on Tuesday, May 15

WHAT:           Latin GRAMMY In The Schools offers students a unique opportunity to hear first-hand from one of the most talented musicians in Latin music. This educational program, hosted by The Latin Recording Academy®, will offer young people insight into the music industry as well as share personal influences and goals directly from the artist’s perspective.  The program will be followed by a question and answer session and performance.

Juanes’ impressive career, spanning more than a decade, includes five previous solo albums with sales of over 15 million copies. His sixth album, JUANES: MTV Unplugged is scheduled to be released on May 29 and includes the current hit single “La Señal” which is No. 1 song in more than 16 countries.  He is recognized as one of the Spanish-speaking world’s leading social media voices with an online following of more than 7 million fans and his dedication as a global activist extends to his wide ranging charitable work for his own Mi Sangre Foundation and as a co-founder of the “Paz sin Fronteras” (Peace Without Borders) organization.

The Latin Recording Academy is an international, membership-based organization comprised of Spanish- and Portuguese-speaking recording artists, musicians, songwriters, producers and other creative and technical recording professionals. The organization is dedicated to improving the quality of life and cultural condition for Latin music and its makers. In addition to producing the Latin GRAMMY Awards to honor excellence in the recorded arts and sciences, The Latin Recording Academy provides educational and outreach programs for the Latin music community. For more information about The Latin Recording Academy, please visit www.latingrammy.com. For breaking news and exclusive content, join the organization’s social networks as a Twitter follower at www.twitter.com/latingrammys, and a Facebook fan at www.facebook.com/latingrammys. 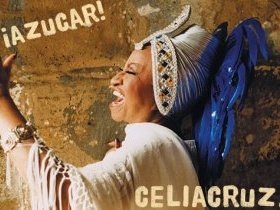